Home » About the Team

Tony Narula qualified from Cambridge University in 1979, becoming a consultant at Leicester Royal Infirmary in 1989. He specialised in Otology and paediatric ENT and became Medical Director in 2000.

In 2002 he moved to St Mary’s Hospital, London W2 where he continued his specialisms as before. He was Medical Director of Action On ENT IN 2002/3 for the NHS Modernisation Agency and was elected to the Council of the Royal College of Surgeons in 2004 where he served for ten years (including 5 years as Hon Treasurer). He was a founding Council member of the British Society of Otology and later President. In 2012 he was elected to succeed Valerie Lund CBE as President of ENT UK and served 2 years finishing in April 2017.

Tony is one of the founders and current chairman of the Board of Governors of the Global Tracheostomy Collaborative. He has published widely on tracheostomy care and quality of life after paediatric ENT surgery.

In 2015 he left the NHS early to concentrate on his medical and rowing charity work. He continues in private practice in London. He specialises in otology / hearing disorders including sudden deafness and tinnitus and also paediatric ENT. His out-patient clinics are in Welbeck St, London W1 and also St Johns Wood NW8 and Kensington SW5. He operates mainly at the Harley Street Clinic and the Princess Grace Hospitals. 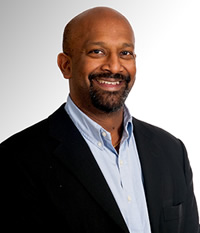 Ram Moorthy was born in London and educated at Dulwich College. He attended the United Medical and Dental Schools of Guy’s & St Thomas’ Hospitals, London and qualified in 1999. During his time at medical school he embarked upon a year of further study and was awarded a B.Sc in Clinical Anatomy in 1996 and his supervisor was the eminent surgeon and anatomist Professor Harold Ellis.
His basic surgical training took place on the South Coast, involving posts in ENT, oral & maxillofacial surgery and neurosurgery, which provided an excellent base to pursue a career in ENT surgery. He was awarded MRCS(Eng) in 2002 and undertook further ENT training at Charing Cross Hospital, London.
He started higher surgical training in ENT in 2003, initially in the West Midlands before transferring to the South East Thames region in 2006. He also spent a year training in tertiary level paediatrics at the Evelina Children’s Hospital and Great Ormond Street Hospital, London.
He was awarded FRCS(ORL-HNS) in 2007.
Towards the end of his general ENT training he decided to pursue supra-specialist training in head & neck surgery, initially at the Head & Neck Unit at Guys’ Hospital and then successfully obtained a prestigious National Interface Fellowship in head & neck surgical oncology based at the Queen Elizabeth Hospital, Birmingham.
Following completion of his fellowship he started as a Consultant ENT surgeon at Wexham Park Hospital in April 2011.

Mr Moorthy undertakes a full general ENT practice for adult and children at Wexham Park Hospital with an emphasis on salivary gland, thyroid, parathyroid and swallowing disorders.
He is Deputy Chief of Service for Specialty Surgery at Frimley Health NHS Foundation Trust, which includes ENT, Oral & Maxillofacial Surgery and Ophthalmology
He is a core member of both the thyroid and the head & neck cancer team, which is based at Mount Vernon and Northwick Park Hospitals.
He is an Honorary Consultant Head & Neck Surgeon at Royal Berkshire Hospital, Reading , where he is the sole parathyroid Surgeon and also undertakes thyroid and head & neck surgery. He is a core member of the head and neck cancer team based at Royal Berkshire Hospital
Mr Moorthy has a long-standing interest in medical education and training. He is the Clinical Tutor at Wexham Park Hospital, responsible for managing postgraduate medical training for all doctors in training based at the hospital. He is the educational supervisor for ENT trainees at Wexham Park Hospital and is a member of the regional specialty training committee.
He has been an honorary clinical lecturer at the University of Birmingham, M.Sc Supervisor for the University of Edinburgh and a faculty member on a number of courses for both junior doctors and medical students.
He has authored a number of book chapters in ENT Textbooks. He has undertaken and participated in a number of studies, which have been published and presented at national and international meetings.
He is the Regional Specialty Advisor for ENT and regional representative to the Council of ENT-UK.

Mr Moorthy has also held a number of high profile positions at the British Medical Association including Chairman of the UK Junior Doctors Committee (2007-2008) and Deputy Chairman of the Board of Science (2009-16).